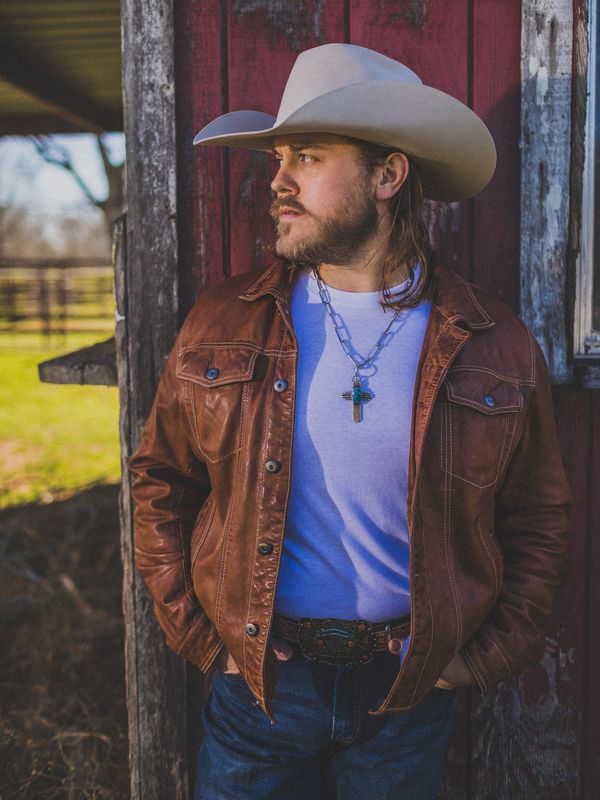 A young singer-songwriter whose Rockytonk flare and soulful sound has quickly made a name in the Texas scene and beyond, Jon Stork was born and raised in Beasley, Texas.  Growing up on the coastal plains and being from a musical family, he picked up a guitar after watching his older brother write, sing and perform in a band (shout out to Letters for June).

As the years went by, he began following new types of music, along with styles, that started influencing the young talent.  Texas based artists such as Robert Earl Keen, Pat Green, Roger Creager and more, began taking hold, and the writing of original material started to flow.

Working three jobs while going to college in College Station, Texas, Stork began to play locally and try his hand at sharing those songs that had come out over time. Eventually moving away from multiple jobs and the college scene, Stork found himself working in different cities across the country. Ultimately, this moving and shaking returned him back to Houston with not only a drive to make music work, but a pocket full of songs that he had been compiling out on the road. He was given the ultimatum of choosing between work and music, and the choice was made!

Playing anywhere and everywhere he could, he found stability in regular gigs and paying shows around the area at local spots. Honing and learning as time went on, Stork recorded and released his debut EP, In Your Radio, in 2017, landing him amongst the top 10 artists on the iTunes country chart. Following the debut, the first standalone single, Rodeo Blues was released in December of that same year, with One Night Stand to follow in 2018.

Coming out of summer 2019, Stork's first full length album, Radio Cowboy was released. The first radio single, Facts and Lies, went #1 on Texas radio in February, 2020. With the arrival of the second single, and the title track, Radio Cowboy, it emerged and climbed quickly, with it ultimately gracing the top of the charts at #2 for multiple weeks. Another Town was released shortly thereafter, in Fall of 2020, and was crowned #1 in February, 2021. Stork released his final single from the Radio Cowboy album in March of 2021. If You Can Dance, hit the radio airwaves as requested by DJ's across the state.

Now stepping into a new year and season of music, 2022 sets the stage for the next chapter for Jon Stork and his band of “Rockytonkers”. Ready to release his new single, Blood, in May of this year; Stork says he’s not only ready for what’s next, but prepared and glad he’s got the team to take it on. Looking to the future, we’re told to expect new music, and shows on the horizon. "I'm so excited for the future. These songs are the best I've ever written. The next project is going to show how much growth and progress has taken place and that’s exciting in itself. I can't wait for y'all to hear it!" –Jon